If you’re looking for the best drones for kids or affordable eBay and Amazon drones for kids, this list is for you. From Tie Fighters to camera drones, from mini drones to the most durable. We’ve got you covered.

Check out our top-7 picks below:

The Hubsan X4 H107D drone is a fully loaded drone for a child. And because of it, it is better suited for older kids. Out of the seven on this list, this is the best drone with a camera for kids.

It has a flight time of seven minutes and weighs around 60 grams. It has a flying range of 50 meters and is one of the more durable drones on this list. Which makes it suitable for indoor and outdoor use.

You can pick these drones up from eBay for $60 brand new.

Priced at $90 on Amazon.com, this could be the best indoor drone for kids – that’s if they love Star Wars.

The reason is that the Quadcopter: Tie Fighter comes complete with a fight mode option that works like laser tag. The drone will keep track of your score, including how many hits have been landed and how many times you have been hit.

(You can even pick up an X Wing version for full-on Rebels vs. Republic dog fights).

If durability is your number one focus, this might just be the best drone for kids on this list:

It has been tested to its limits by many laboratories, and no one has been able to break this model. It is actually known for its durability, and better yet, its super-easy to control:

It doesn’t use complex controls, instead, it is controlled by hand gestures.

However, while it is more intuitive to control with hands, the downside is that this drone cannot fly as high as others.

You can pick up one of these drones from eBay for $30.

CHECK OUT: The 5 Best Speed Cubes To Buy Right Now.

This tiny kids’ drone is unique in that its controller doubles up as its travel case:

It’s perfect for kids eight years or older, and is one of the best indoor drones on this list. It includes a safety cage and a flight time of eight minutes. It’s also very lightweight, weighing just 19 grams:

This is another great drone for kids as you can easily fold it and put it in a carry-on bag to take along:

This drone can efficiently perform a 3D flip, and it has one key start and landing. It comes with a headless mode, meaning you can fly the drone without having to worry about what direction it is flying.

It also includes three speeds that help you build up your flying skills. It can fly for six to eight minutes and has a maximum flying distance of 40 meters.

For $65 on Amazon.com, it is one of the best cheap drones for kids available.

This mini helicopter is one of the best small drones for kids, offering eight minutes of flight time with every full charge (1 hour per full charge).

This is one of the best drones for kids overall, as its headless system allows easy flying without any trouble.

The headless system means that regardless of which direction the drone is flying in, the directions you give with the remote control will remain constant.

The controls are wind-resistant, and it has a stable six-axis gyro stabilization. Making it perfect for outdoor use.

The addition of colorful LED lights adds a sparkle of attraction for any child. 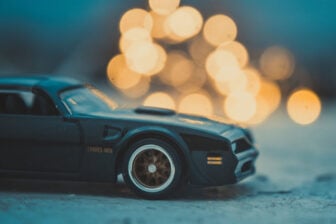 Also Read:
5 Most Valuable Hot Wheels That Are Worth More Than Real Cars

The Potensic A20 is an easy-to-fly mini drone that is considered to be one of the most kid-friendly drones on the market:

It can be found for as cheap as $28 on Amazon and is suitable for kids who are eight years or older.

Though the drone is best used indoors, you can choose to fly it outside but not in windy conditions. While the features of this drone are not unique, its in-built pressure sensor makes it capable of hovering without any help.

The drone is ideal for children as it can be easily maneuvered around the room using a single control stick. The solid prop guards mean that even if you crash the drone, it will remain sturdy.

The drone has a flight time of eight minutes and is one of the best mini drones for kids available.