How many old beer cans have you downed, crushed, and tossed into the trash over the years?

(Too many I bet, and that’s without thinking about your old man’s trash that you took out as a kid – or the vintage beer cans he took out for your grandpa).

What’ll shock you is that some vintage cans do have value. Some can even be worth several thousands of dollars!

Look away now, as these are the most valuable vintage beer cans today:

(Don’t believe us, that was the estimate at auction).

According to the auction, this is considered the “Holy Grail”, with only slight, indoor damage to its beautiful retro breweriana steel canvas branding.

It comes complete with a vanity lid, and might just be, in this condition, one of a kind.

And yet, it only just makes this Top-5…

CHECK OUT: The Most Valuable Antique Breweriana Bottles.

This old can had to be #4 on our list despite having the same dollar estimates as #5. Here’s what makes this can special:

All the above, plus the simple clean styling from the Gunther Brewing Co. really does make this breweriana collectible stand out.

Find out more about this beer can on the Live Auctioneers website.

This super rare beer can is the first on this list to have an estimated top-end value of more than $10,000.

And at $20,000, it has to have some very unique attributes that make it desirable and collectible:

First, it was manufactured in 1937 by the American Can Co., for Liebmann Breweries Inc., of New York.

However, what makes it super valuable is that it is an early example, in fantastic condition. No color fading, no surface dents, and only a few slight handling marks.

With only a few of these old beer cans known to exist, most of which are in fixed collections – the opportunity to own something so scarce makes this one of the most desirable breweriana collectibles on the market.

The first can on this list not manufactured by the American Can Co. is this Tally-Ho Ale can.

This old can is in excellent condition, with colors that pop and a smooth surface – two very important factors when considering an old beer cans value.

What adds to the estimated value on this vintage can is the inclusion of its original gold finish:

Simply put, this Tally-Ho Ale can is rare, and one for serious collectors. Find out more about this beer can on the auction site now.

Manufactured by the Continental Can Co. in the late 1930s, this example has so many positives that it will likely remain the most valuable vintage can ever:

(Not to mention an increase in value with age).

From its Native American Apache Indian graphics to the gold-black metallic design. This is the ultimate can to covet for breweriana collectors…

Plus, what gives this can extra cherries on top are:

CHECK OUT: The 5 Most Valuable Hot Wheel Collectibles (Worth More Than Real Cars).

What To Look For In Old Beer Cans?

Every collector starts somewhere, and if old beer cans have piqued your nerdable interests, that’s fantastic.

When looking out for old beer cans, this is what you need to remember:

Tip: So target pre-1970 beer cans if you’re looking to build a collection worth money.

Alternatively, do as my daughter is, collect for fun, and build a wall out of Monster (canned energy drinks):

(It sounds weird, but limited-edition cans might have value in 20-30 years). 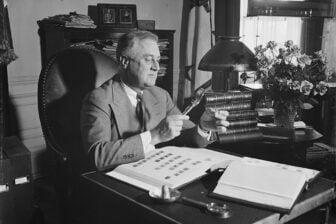 Also Read:
8 Rare U.S. Stamps That Are Worth Serious Money