5 Best Movie Remakes In The History Of Cinema BEST MOVIE REMAKES: One of the most common criticisms of the movie industry is the number of remakes produced.

The question “has Hollywood run out of ideas?” is often exclaimed as another reboot is announced:

We’re actually at a point where the word “remake” has an immediate negative connotation – despite knowing that not all movie remakes are bad:

And to prove it, these are the 5 best movie remakes in the history of cinema!

We all know the original, Murnau’s 1922 “Nosferatu”. An absolute masterpiece of movie history, a manifesto, together with “The Cabinet of Dr. Caligari” of German movie expressionism.

Even the frost in the remake by Herzog is a homage back to the original, yet, Herzog makes a deeply personal movie about relationships and their vulnerability.

It’s a remake, and yet absolutely different from the 1922 original.

Calling this a remake is actually a favor:

The truth is that the movie by Sergio Leone is overt plagiarism for which the Director was condemned in court.

The original movie is Akira Kurosawa’s “Yojimbo”, and everyone knew it, Leone had never hidden it. His intention was just to remake that movie for the West.

However, both movies are now absolutely essential for students studying the big screen. With an estimated budget of $200,000, Sergio Leone’s movie grossed $14 million worldwide.

One of the best movie remakes was done by Brian De Palma.

(Did you know Scarface was a remake?)

As with other remakes on this list, the style and approach, with which the character and the events are told, are completely different from the original.

Firstly, the 1932 Howard Hawks original was restricted by the Hays Code. This code regulated what you could and couldn’t say or show in a movie. Failing to adhere to the code, would mean your movie got censored (or canned).

Whereas, De Palma’s 1984 “Scarface” could do almost anything in comparison to the original. So we got a bloodier, more aggressive movie.

With an estimated budget of $25 million, Brian DePalma’s movie grossed nearly $66 million worldwide and is still considered a classic.

Considered the father of body horror, David Cronenberg’s remake of the 1958 “The fly” transformed it into a gory clash of flesh, spirit, mind, and body:

(Meaning, it was far more than a horror flick).

Cronenberg’s remake is different from the original, so much so, that someone who watched both could only say that they share a similar idea, but the execution is dramatically different.

With a budget of around $15 million, Cronenberg’s movie grossed $60.6 million worldwide and is easily one of the best movie remakes we’ve ever seen.

CHECK OUT: The 25 Best Horror Movies For Kids And Teens.

And you all expected “The Ghostbusters” remake to be #1 right?

John Carpenters’ 1982 “The Thing” is a science fiction cult classic, so it had to be #1 on this list.

It’s a remake of the 1951 “The Thing From Another World”, which was directed by Christian Nyby and the uncredited Howard Hawksl.

With an estimated budget of $15 million, Carpenter’s work grossed $19.6 million worldwide – which is a surprise considering how many science fiction fans put it in their top-10 lists. 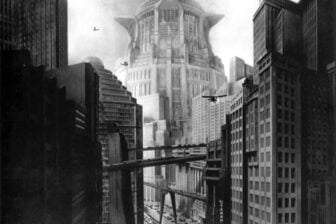