Attack On Titan: Where To Watch And How Many Episodes?

Attack on Titan, a Japanese anime (Shingeki no Kyojin) television series, is about humanity and the society that rules it:

There are many themes in the show that reflect human nature, such as natural instinct versus nurture, the morality of doing what one thinks is right rather than following orders from above, and overcoming societal pressures by acting independently.

Similarly, the pacing of this show and its explicit visuals are gripping and make it hard to stop an episode once you’ve started watching.

CHECK OUT: 5 Most Violent TV Show Scenes Ever (Not Suitable For Work)

Where To Stream All Seasons Of Attack On Titan?

You can buy all 4-seasons on Apple TV, Amazon Prime, and Google Play.

How Many Episodes Of Attack On Titan?

There are 79 episodes of Attack On Titan currently available to stream. These are split into four seasons. Let’s see how many episodes each season contains:

Episodes: Season One contains 25 episodes. Although there were many characters involved in the story, Season One mainly followed two primary protagonists, Eren and Mikasa.

Synopsis: The setting for this season is post-apocalyptic. Set 100 years ago, humans had to face a new challenge when giant man-eating humanoids called Titans came surging into the lands.

In order to survive this onslaught and save their kind, they erected impenetrable walls that would protect them from these monsters.

CHECK OUT: 5 Dumbest Disney Characters (And Why)

Episodes: Season Two Of Attack On Titan is shorter than S1. It has only 12 episodes, with the first episode continuing the finale of Season one’s cliffhanger.

Synopsis: Season two is an anthology of events that further continue the storyline. The show continues to follow Eren Jaeger and friends as they battle the titans and protect the wall.

Synopsis: The season follows Eren, Mikasa, and many other survivors of a devastatingly large Titan attack that took place in the distant past.

The survivors have since banded together to create something called the “Wall Maria,” which has been built around their city to protect it from any future attacks.

However, now that the city is safe again, there are new threats to be dealt with, as revealed by information concerning four humans who adapted to live within these Titans.

During the second half of the season, Erwin and the Survey Corps’s journey takes them back to the Shiganshina District in Wall Maria.

Surprisingly, the Survey Corps is motivated because they aim to achieve what they originally intended, as Eren vows to take back everything he lost.

Episodes: Season 4 is divided into two phases. Phase one has 16 episodes with ‘Boku no Sensō’ as the opening theme. Phase two has 12 episodes, with its finale on March 27, 2022.

The two are in search of the Founding Titan power and will do whatever it takes to become a member of the Warriors – even if it means eliminating their former friends. 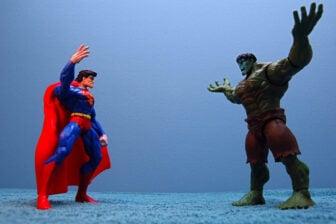 Also Read:
Who Is Stronger? Superman Or The Hulk