10 Antique Typewriters That Are Worth Thousands Today

Even though typewriters themselves have been redundant for decades, they remain beautiful decorative examples of mechanical invention:

Despite being a niche audience, antique typewriters have become rare collectibles with a lot of history and legacy attached to them. And these are the most expensive typewriters:

CHECK OUT: The Most Expensive Mountain Bikes In The World

The Moya Visible No 2 was released in 1905 by the Moya Typewriter company. The company produced three models between 1902 and 1908. And only a few of those were sold at the time. The rest were rebranded into names such as Baka, Ideal, and Skretar for foreign markets.

The estimated price for this typewriter now is $3,690.

This typewriter was made by the Granville Manufacturing Company based in Dayton, Ohio. It was released back in 1896. The unique thing about this typewriter is that it features automatic functions such as carriage return, line space, and shifting to upper case. This was all done via special keys which were pretty revolutionary for their time.

Made by the Crandall Machine Company based in Syracuse, New York. This typewriter is a beautifully decorated machine. It had a mother of pearl inlay in its floral designs. It was released in 1886 and was a popular model at that time.

The Oliver No #1 is considered one of the first visible print typewriters of its time. Visible print means that the typewriter can see the text as it is being typed. It was made by Oliver Typewriting Company in Chicago, Illinois. The first model was released in 1896.

Made by the North Typewriter manufacturing Company based in London, England. This typewriter featured a rear downstrike mechanism system. Due to the awkward placement of the coiled paper and ribbon, this antique typewriter had little commercial success and is therefore relatively rare. It was released in 1892. Also Read:
7 Most Expensive Guns In The World

Released in 1873, the Sholes and Glidden Typewriter was the first commercially successful iteration ever made. It was made by E. Remington and Sons and was based on sewing machines at the time that came with a foot peddle to drive the mechanisms.

We owe things like a four-rowed QWERTY design and the cylindrical platen to this typewriter.

CHECK OUT: The Vintage Coke Bottles That Are Worth Money

This wild-looking mechanical contraption is a typewriter as well. It was designed in 1867 and then patented in 1870.

For the time, the Malling Hansen Writing Ball was a technological marvel and 50 years ahead of its time. The unique functionality of this typewriter makes it such a sought-after collector’s item these days. 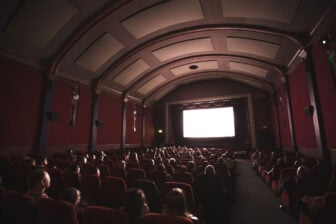 Also Read:
5 Best Movie Remakes In The History Of Cinema

The infamous Enigma machine was designed by Arthur Scherbius somewhere around the end of world war 1 in 1918. The earlier models were available in the 1920s. But the basic model was used to protect sensitive communications for military and diplomatic purposes. Germany used these enigma machines with additional modifications to alter results and cipher their communications.

The Enigma Machine isn’t a regular typewriter, but it is based on a keyboard system, so it makes this list. An Enigma machine has a lot of notoriety around it but is a piece of history that can reach a very high price at an auction.