So, in case you’ve been hiding in the Underdark, you’ve probably noticed Dungeons & Dragons (D&D) has had a resurgence.

Yes, that D&D. All over the world, nerds of every creed are dusting off old ‘80s volumes or cracking open fresh 5th Edition Player’s Handbooks — or, if your Dungeon Master is truly drunk on power, concocting some Homebrew mess that means your character sheet is wrong, always.

Celebrities play it, DM it and lately, film it. The premiere of the second campaign of the web series “Critical Role” — featuring “a bunch of nerdy-ass voice actors playing Dungeons & Dragons” — has millions of viewers. Other groups are getting in on the action and recording their adventurous escapades. With all of that competition, there’s some one-upmanship going on among DMs.

Check out this guy, who built an enormous eldritch horror sculpture to serve as his campaign’s final boss.

The final boss of our #DND campaign, the great old one. @matthewmercer you’ve been an inspiration for all of this- thank you for all you do. pic.twitter.com/YUws7DZ218

Most of the competition stems from providing awesome experiences for their players with props, ambiance and snacks (because it’s super hard to be focused on a dragon’s lair when someone’s crunching down Cheetos). And let’s be real, some players can be picky or weird.

So, we scoured the internet for some awesome DIY projects that will knock your players’ Mithral socks right off:

1. Get Some Gem Bling On

We all know that the real reason we hoard dice like dragons is that it’s the closest we’ll get to holding a little pouch of colorful gemstones. But we can make our own without messing with the borax powder like in middle school science class (though that’s fun to do, too).

How to Make the Sorcerer’s Stone

2. Pour Out a Pensieve for Your Players (Say That Five Times Fast) 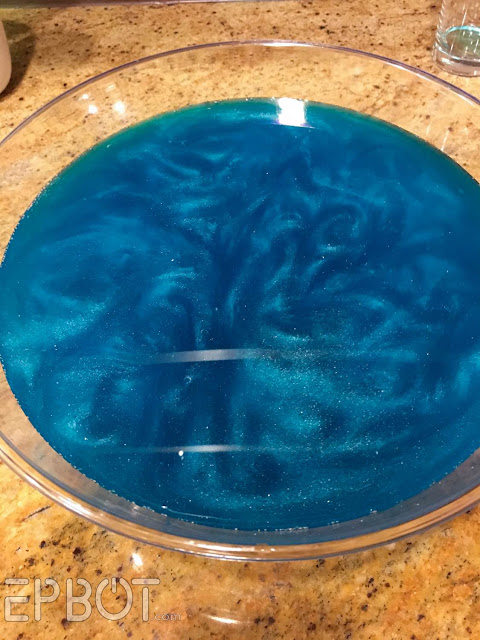 We tried to avoid food in this one since we all know coordinating the diets of more than four people starts to become really tricky. But who wouldn’t want a glimmery punch bowl pensieve? Luster dust can be stuck in anything, too, whether you prefer tea or Hawaiian punch.

Basically, get ready to dump it into everything you drink.

How to Make Glowing, Shimmering Punch

3. Initiative Does Grow on Trees Well, metaphorical trees. Tumblr user flavoracle shared their DM’s awesome creation. We’ve seen variations of this method, with binder clips, slips of folded paper and the like, but we love this one because it can be easily adjusted. You can move characters up and down in the turn order based on slow and haste effects, delayed turns, etc. Also, it’s super satisfying to snap the clothespins off when you kill a bad guy.

How to Make an Initiative Tree Since we’re still finding stuff from Easter rolling around the house a month later, this would be an awesome prop in a campaign — or fun to throw at unruly players. Either way.

How to Make a DIY Dragon Egg 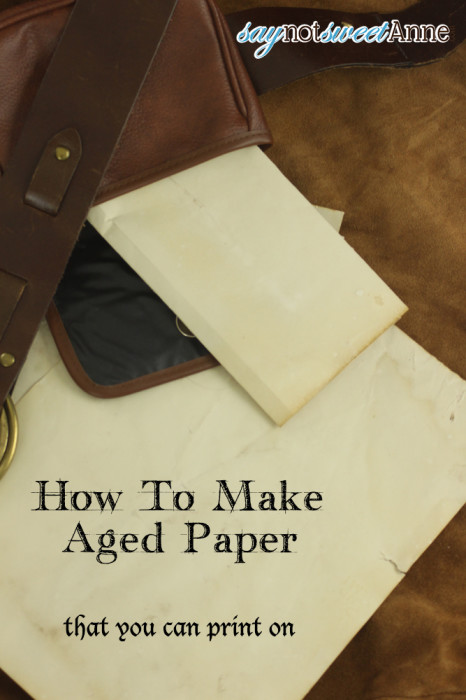 There are many tutorials out there about aging paper and weathering existing things, but we love that this allows for a backstock of unique paper you can immediately print on for a king’s missive, love note or forged papers.

How to Make DIY Aged Paper You Can Print On

6. Up Your Candle Game After you play D&D, your environment doesn’t feel atmospheric enough without twinkle lights and at least a dozen tea lights, but these are way, way cooler.

How to Make Fantasy Map Luminaries 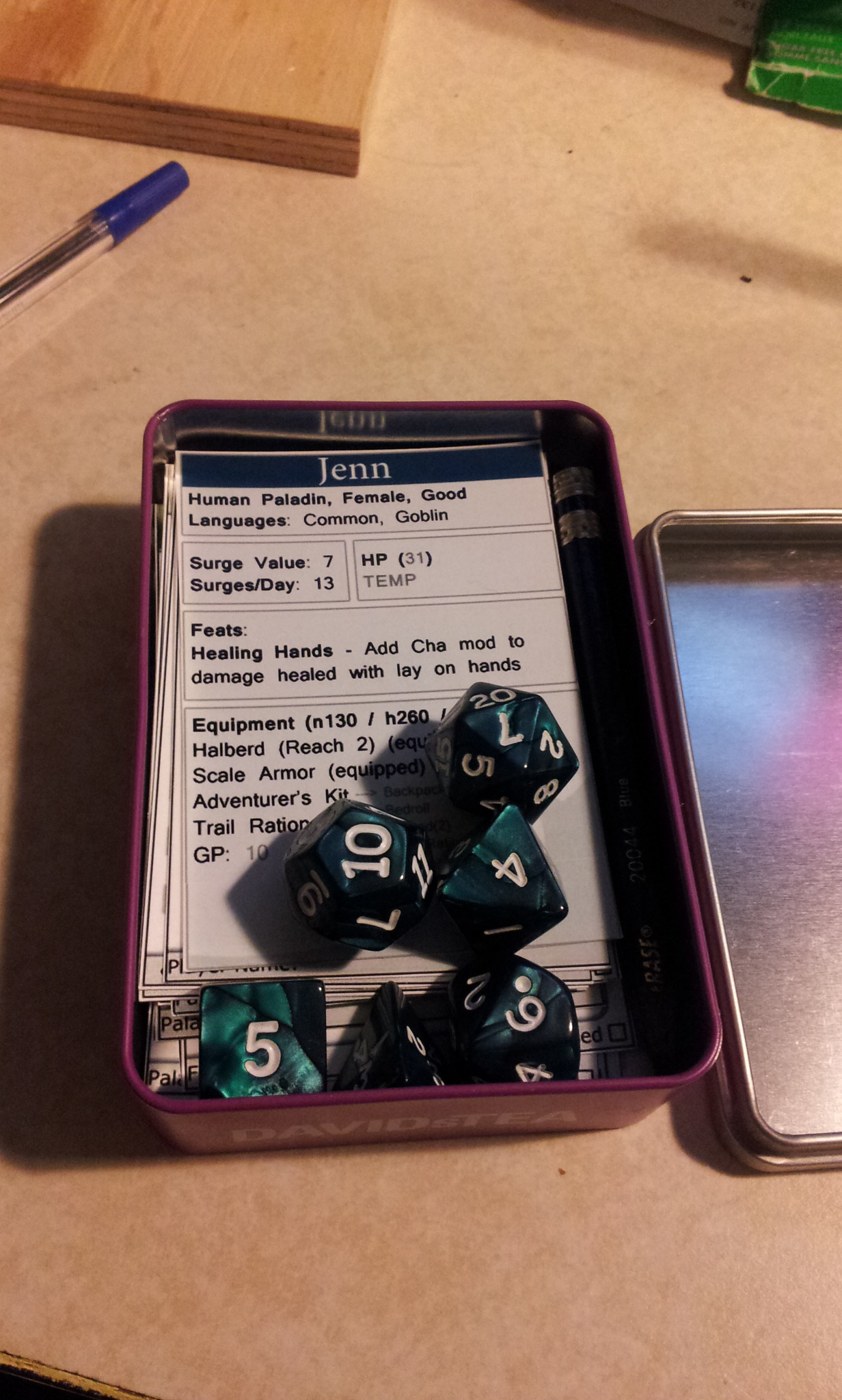 How cute would these be as player gifts? Bonus points if you use teeny-weeny mini dice.

How to Make a Mini D&D Kit 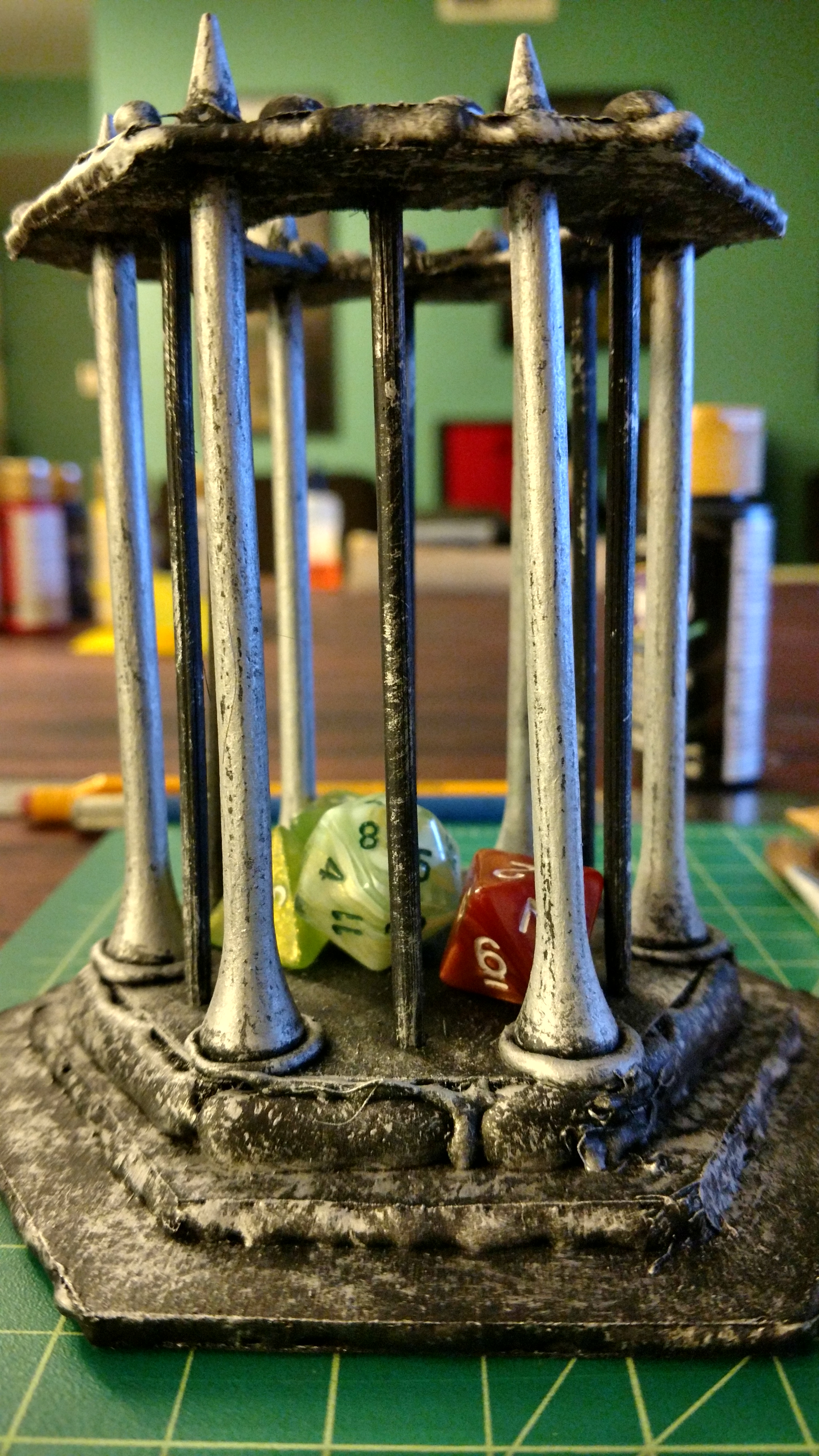 Everyone’s had a few bad rolls. And then there are evil, evil dice.

Evil dice must be punished, if only for your own satisfaction (and that of your frustrated players). It also provides a bit of levity to combat the pure anger of rolling a 1 twice with advantage.

How to Make Dice Jail

9. Create a Tower of Terror

Listen, dice rolls are dramatic until they go rolling off the table under the couch. This allows for the drama of hearing the dice roll down the tower and deliver their verdict. Even better, this one’s collapsible!

How to Make a Collapsible Dice Tower

10. Keep Prying Eyes Away in Style 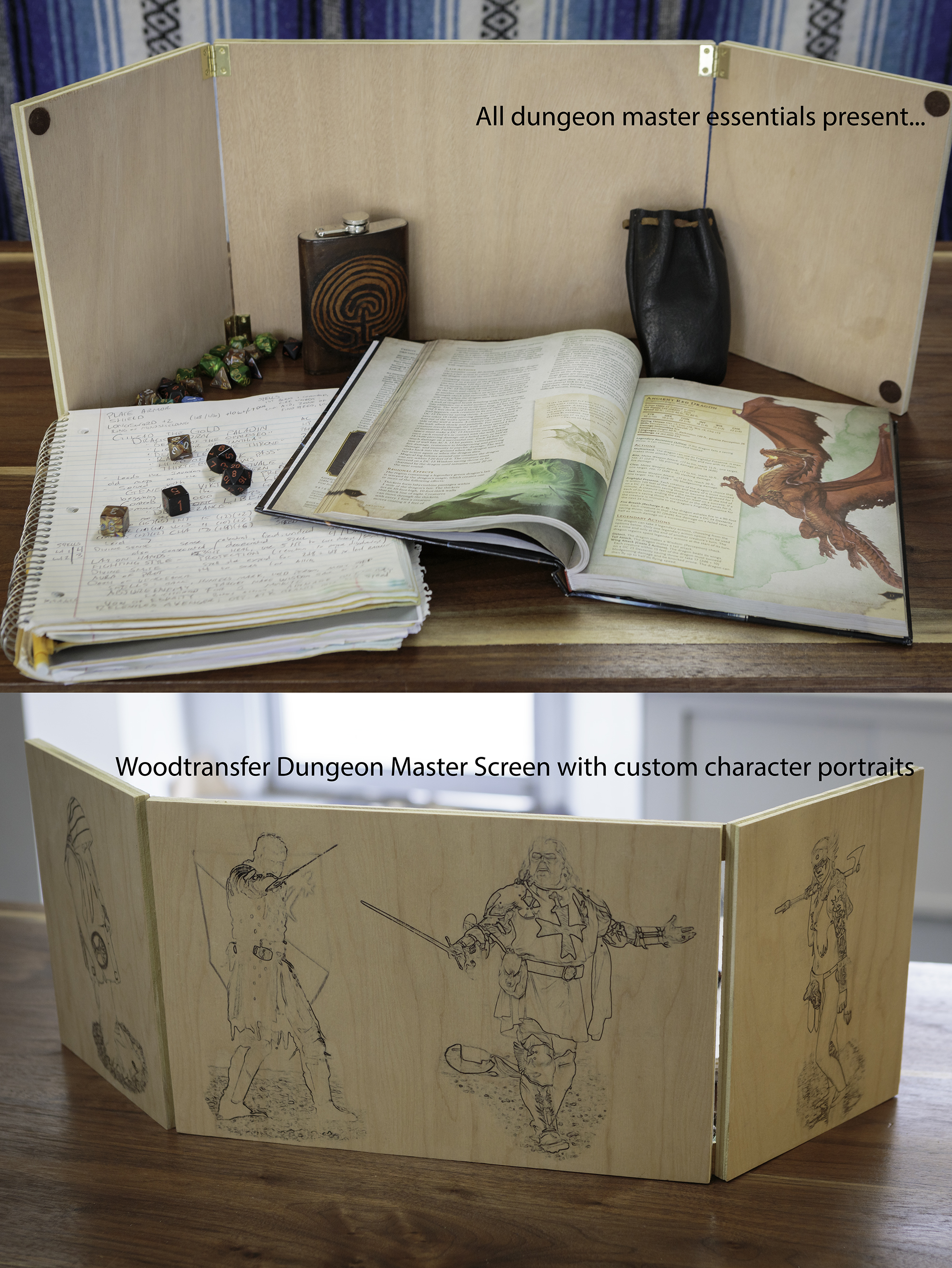 To be fair, this one’s a treat for you, but hey, DMs have to treat themselves, too. This is one of many options, but the treatment is great and the hardware is an awesome base for anything you want to do to it (painting, burning, etc.). And there’s something satisfying about thumping down a giant, heavy DM screen.

How to Make a Wood DM Screen

So, those are 10 DIY projects you can make to up your DM game or at least make you feel somewhat in control as your players go wildly, wildly off-course.

What weird things have you made (as a DM or a player) to make your tabletop game special? Comment below…