The 10 Best Fighter Jets In The World Today 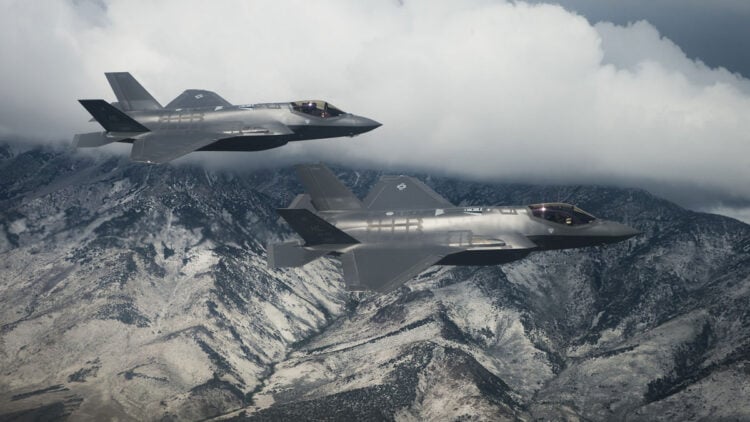 From stealth to maneuverability and weapon systems, fourth and fifth-generation aircraft remain the best in operation today:

And with the sixth-generation roughly a decade away, we’ve ranked the 10 best fighter jets right now.

What is known is that it is loaded with tech and that it is very light and maneuverable compared to the J-20.

The FC-31 is alleged to have super-cruise, stealth, and other advanced capabilities.

CHECK OUT: Rise Of The Drones – An Autonomous Weaponized Hunting Machine

The first Russian aircraft on this list, the Sukhoi Su-30SM is relatively new to the Russian Air Force. It is a fourth-generation fighter jet with features like enhanced avionics and includes updated weapons systems:

The aircraft’s thrust-vectoring system allows the rotating of the jet engine nozzles. This in turn provides rapid maneuverability and is one of the most enhanced features on this fighter jet.

Both the JF-17 and Tejas are some of the very best fourth-generation fighter jets in the world:

They are known for their dogfighting abilities, and come equipped with a wide variety of weapons.

They are both multi-role fighters that can perform a massive range of combat roles. The JF-17 was developed by China and Pakistan, while India developed the Tejas.

CHECK OUT: 5 Military Watches Perfect For Any Horologists (Vintage And Modern)

The F-15 Eagle was once the best fighter jet in the world:

With many variants in existence, the F-15 has fourth-generation capabilities with advanced weapon capacities, new control systems, and many other enhanced features.

The Eurofighter Typhoon is a fourth-generation multi-role fighter aircraft currently used by Germany, Qatar, the UK, Italy, Kuwait, and many more nations:

The jet was part of a joint development program by BAE Systems, Airbus, and Leonardo, and it is considered one of the most advanced fighter aircraft to have been developed in Europe.

The Dassault Rafale is one of the most advanced multi-role fighter jets developed by the French company Dassault Aviation:

Originally, France was supposed to create an advanced generation aircraft with other European countries, however, it withdrew from the program and developed its own fighter aircraft.

The Rafale replaced France’s older Mirage fighter jets in both ground attack and air defense roles. The Rafale fighter jet has many variants, which vary based on avionics, stealth, and armament upgrades.

The second fighter jet from the US Air Force on this list, the F-22 Raptor is a fifth-generation aircraft that, to date, is considered the best stealth fighter in the world.

This variant laid the foundation for other similar aircraft to follow, with many firsts to its credit:

The F-22 was the first to introduce low radar visibility, super-cruise, super-maneuverability, and advanced sensor networks. The F-22 also had near-unrivaled dogfighting capacity, though it lacked the multi-role capabilities of the more recent fighter jets.

The Sukhoi Su-57 is Russia’s first stealth aircraft and its answer to the US F-22:

Despite the development of the Sukhoi Su-57 being plagued with delays, the estimated cost of manufacturing each jet is $35 million, whereas other jets on this list cost $100 million.

Commonly known as the Mighty Dragon, the fifth-generation J-20 is the most advanced Chinese aircraft and includes the latest stealth technology:

While the exact capabilities of the Chengdu J-20 remain heavily guarded by the Chinese military, what is known is that the country continuously keeps upgrading its fleet of J-20s.

In recent developments, the country added new domestically manufactured engines to the J-20s, and there is news that more advanced variants of the Chengdu J-20 are also being developed secretly.

The F-35 is considered to be the best fighter jet in the world today:

Some of the features that make the F-35 and its variants the best include advanced sensors, electronic warfare, stealth capabilities, and robust networking capabilities.

CHECK OUT: The 7 Fastest Planes In The World