7 Most Expensive LEGO Sets: From Tauntauns To Turtles 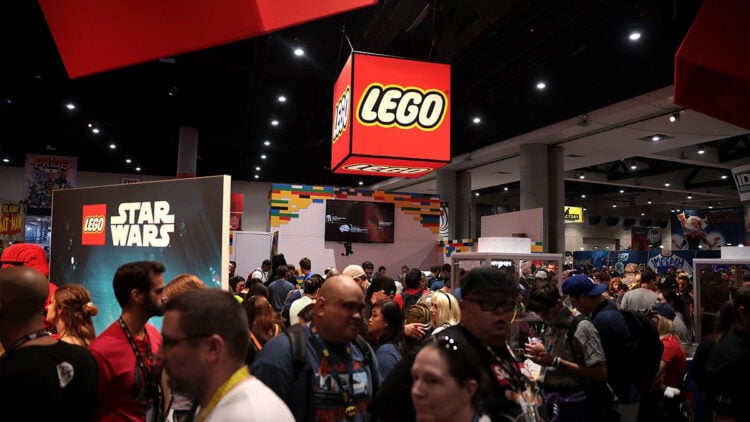 LEGO is possibly the most iconic toy today. With millions of people worldwide loving to build, display, and collect:

But not all sets are created equal – with some limited editions being worth small fortunes.

These are the most expensive LEGO sets right now:

The first on our list is the Legoland Train set. Specifically, the Legoland train set from the LEGO Inside Tour 2014. This set comes with seven mini-figures as well to place around. It went on sale back in 2014 and is now worth around $2,750.

Just like the real-life landmark, this LEGO set is beautiful, massive, and detailed. The set contains 5,923 individual pieces and if you want to buy the 2014 Taj Mahal set now, it will set you back $2,865.

CHECK OUT: Rare LEGO Minifigures That Are Worth Thousands Of Dollars

You’ll notice that Star Wars LEGO sets make multiple appearances on this list. The Han Solo on Tauntaun Miniland Scale set is based on the scene from the Empire Strikes Back where Han Solo is traveling on a tauntaun. That iconic scene has been frozen in time by Lego and is now worth a whopping $3,156 boxed.

At number 4 on our most expensive LEGO set list is the 2012 edition of the Piper Airplane. The set comes with 795 pieces of the airport, the airplane, and Minifigures. But this rare Piper Airplane doesn’t come cheap. You can expect it to set you back $4,016 if you wish to own this set.

This is a weird one. The TMNT Antonio’s Pizza-Rama, based on the iconic Teenage Mutant Ninja turtles set, is a pretty basic-looking set of a pizza slice. But this Pizza slice is the 2012 Exclusive New York Comic-Con edition. The rarity of it and the cult following of everything TMNT makes this Lego set very expensive. It is priced at $4,276.

CHECK OUT: Amazing Subscription Boxes For Nerds, Geeks, And Collectors

It is also the second-largest LEGO set in the world, just behind the Taj Mahal. It comes with 5,174 pieces in the box.

The Ultimate Collector’s Millennium Falcon will set you back $4,530 today.

At the top of the list, we have the H.C Andersen Clumsy Hans 2015 Edition. This LEGO set was given to approximately 80 Lego ambassadors throughout the world.

Since only a few select pieces exist and most of the ambassadors decided to hold on to the sets, the H.C Andersen Clumsy Hans is the single most expensive LEGO set, costing about $7,375.