Since the invention of television, audiences have tuned in to their favorite shows each week to be entertained and informed. With the development of science fiction programming, writers were able to carry on the tradition of many sci-fi authors by exploring subjects that weighed heavily on the public’s mind without having to speak about them directly.

Even though it’s easier to explore uncomfortable topics today, writers and viewers alike are still drawn to strange alien worlds to hold up a mirror to ourselves and our humanity. Here are six examples of shows that did just that:

In May 1983, NBC viewers were treated to the arrival of “The Visitors,” a humanlike race that supposedly needed a chemical only found on Earth to deal with an environmental crisis. In return, they said they would be happy to provide humans with all the benefits of their superior technology, including cures for diseases such as cancer.

It was an offer humans couldn’t refuse. Then, one by one, the world’s leading scientists began to either confess to involvement in a conspiracy against Earth’s new friends or simply vanished. It was apparent to Mike Donovan and his partner, Tony, that something strange was going on, and when they infiltrated the mothership, they discovered the truth: the aliens were not humanlike at all, but rather giant lizards wearing well-constructed human suits. And what did they want for food? Us! Before Donovan could tell the world what he discovered, the visitors took over the media and declared a state of martial law.

Although the series looks incredibly dated by today’s standards, it did have some important messages about helping others who are being wrongly persecuted by the powers that be, even if it means risking your life. Its portrayal of America under alien rule shares similarities with Nazi-era Germany. For example, when a man refuses to help a persecuted scientist and his family hide, his Jewish grandfather insists they must help, stating, “We have to help them, or else we haven’t learned a thing.”

“V: The Miniseries” was so popular that it spawned a second miniseries, “V: The Final Battle” and a weekly series after that. The popular show was canceled after one season, and though a reboot ran in 2009 for two seasons, it failed to capture the public’s attention like the original. However, there was good news earlier this year for the show’s cult following: Original creator Kenneth Johnson received the green light to begin work on a major motion picture in partnership with Desilu Productions.

This show, adapted from the 1988 movie of the same name, focused on a group of aliens known as the Tenctonese who crash-landed in the Mojave Desert. The Tenctonese were passengers on a slave ship but were accepted by the United States as immigrants. The transition does not always go smoothly as we witness one alien family having to adapt to the melting pot that is America.

“Alien Nation” tackles issues such as racism, bigotry, and homophobia through the lens of science fiction. Although it was canceled after one season, the push from fans was so strong that it eventually spawned a comic book, a series of novels and five made-for-TV movies. “Alien Nation” has also developed a cult following and was included in TV Guide’s list of shows that were canceled too soon.

3. Space: Above and Beyond

This short-lived series ran from 1995 to 1996 and followed a group of young, untrained soldiers who are called to fight after the majority of Earth’s military is defeated by a group of aliens known as Chigs.

Most of this show is about young people experiencing the horrors of war, but it dealt with other heavy subject matter such as xenophobia, technophobia and the moral issues around human cloning. The show was well-loved among fans but ultimately met an early demise due to Fox moving its timeslot.

This show was canceled after only three seasons in 1969 despite a huge letter campaign by fans, but it did something canceled shows rarely do: stuck around. With syndication, it found a bigger audience than it had during its original run. It became a cult classic and soon, fans of the show began to organize themselves into gatherings called “Star Trek Conventions.” If you like cons, you have “Star Trek” fans to thank. The movement eventually became so strong that the series came back as a string of major motion pictures and the release of “Star Trek: The Next Generation.”

Could Gene Roddenberry, a former traffic cop-turned-freelance writer, have imagined the success it would become when he first sat down to write it? Probably not. “Star Trek’s” message still shines through in its many reimaginings, showing we are more alike than we are different, there’s a place for everyone no matter your race or gender, you’re stronger than you think you are and integrity doesn’t have to be sacrificed for you to be great. These are only some of the many takeaways from a show that inspired generations of kids to go into the sciences to become doctors, researchers or astronauts.

This show was an anthology as opposed to a serialized program, allowing viewers to tune in from week to week without having to worry about being left behind if they missed an episode. Running on CBS from 1959 to 1964, it was another series that led to a successful franchise.

In its varied stories, the show served as a warning against racism, government, war, and inhumanity toward others. “The Twilight Zone” is a classic that still holds up when watched today, and its message is as relevant as it was when it first aired 60 years ago. 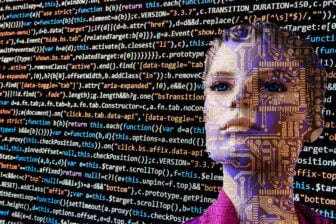 “Otherworld” premiered in 1985 and consists of only eight episodes. The adventure begins when the Sterling family gets sucked through a pyramid and deposited into an alternate world called “Thel.” In Thel, there are no actual countries, only zones, and people are forbidden to travel outside their zone.

The residents of each zone know nothing about the lives of others, and the major religion involves only the worship of robots. It was your typical ‘80s cheese, but the warning here is about the dangers of dictatorship and isolation between nations that can lead to misinformation and distrust among citizens.